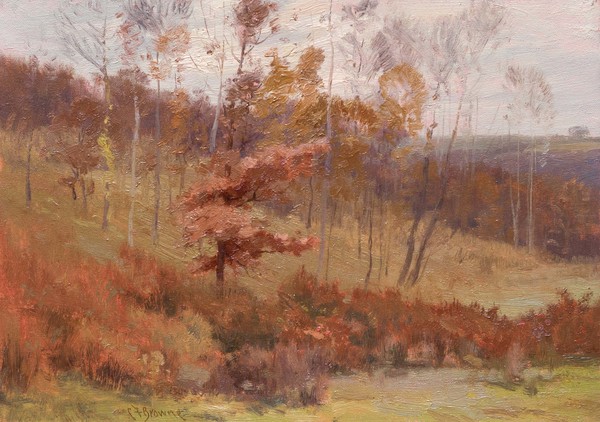 Charles Francis Browne was born in Natick, MA in 1859. He studied at the School of the Boston Museum and at the Pennsylvania Academy. In Paris, he studied with Gerome and Schenk. He married the sister of important sculptor Lorado Taft and was one of the original members of the Eagle’s Nest Colony of artists in Oregon, IL. In 1915, Browne played an important role as the superintendent of the United States section of the Panama Pacific Exposition in California, where he won an award for painting. Browne was an instructor at and exhibited at the Art Institute of Chicago from 1892-1918, winning the Grower Prize in 1913 and the Rosenwald Purchase Prize in 1914. He died in Natick, MA in 1920.