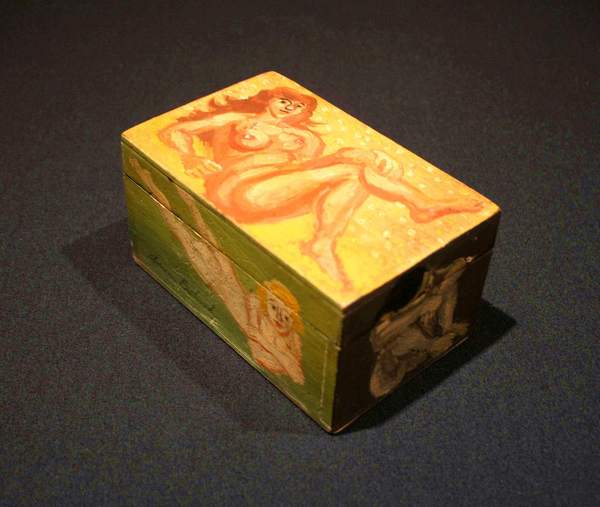 Born in the west side of Chicago in 1907, Aaron Bohrod is considered one of the Midwest's most notable early Twentieth Century practitioners of Urban Realism. Bohrod began his art studies at the School of the Art Institute of Chicago and the Art Students League of New York. Influenced by the Ashcan School painter John Sloan, Bohrod returned to Chicago in 1930 to paint the everyday scenes of his modern urban environment. Soon recognized nationally for his gritty city views, Bohrod began exhibiting his work in New York at the prominent Rehn Gallery, which honored the artist with two one-man exhibitions during the 1930s. Aaron Bohrod won a Guggenheim Fellowship in 1936, which greatly enabled him to experiment further with a Regionalist style of painting while traveling throughout the United States. As a member of the Associated American Artists, Bohrod befriended some of America's most important painters, including Grant Wood, Raphael Sawyer and Thomas Hart Benton. In 1943, during World War II, Bohrod was commissioned by Life magazine as a war correspondent and artist, painting the liberation of Normandy and the Pacific theater. Based on the recommendation of Grant Wood, Aaron Bohrod succeeded John Steuart Curry in 1946 as Artist-In-Residence at the University of Wisconsin in Madison. Seven years later he was elected a member of the National Academy of Design in 1953. Highly prized by collectors and museums, Aaron Bohrod's work is included today in America's most important public collections, including the Metropolitan Museum of Art in New York, the Corcoran Gallery of Art in Washington DC, and the Whitney Museum of American Art in New York.