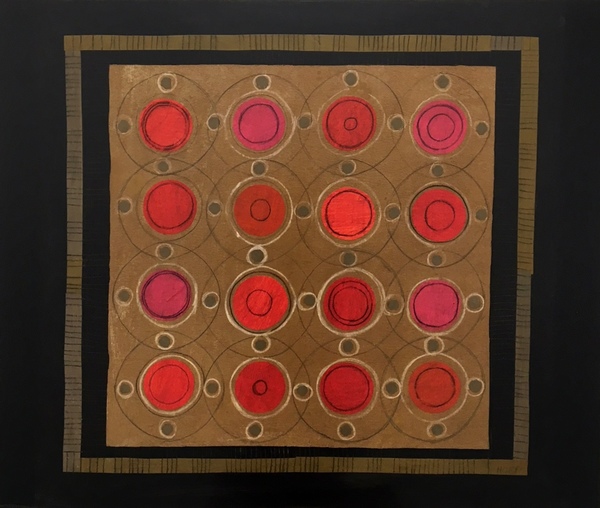 Margo Hoff was born in 1910 in Tulsa, OK. She began her studies at the Art Institute of Chicago in 1933 and was married to SAIC instructor George Buehr. She and Buehr traveled to Mexico on numerous occasions and she was influenced by the Mexican Muralists. She exhibited at the Art Institute of Chicago in the 1940s and 50s and had a solo exhibition at Wildenstein Galleries in Paris that brought her international acclaim. In 1960, she moved to New York City. Hoff is best known for brightly colored, Post-Cubist Abstractions. She was an artist in residence and exhibited at museums all over the world. Her artwork can be found in the collections of the Smithsonian American Art Museum, the Metropolitan Museum of Art and the Art Institute of Chicago, among others, Hoff died in New York City at the ago of 98 in 2008.