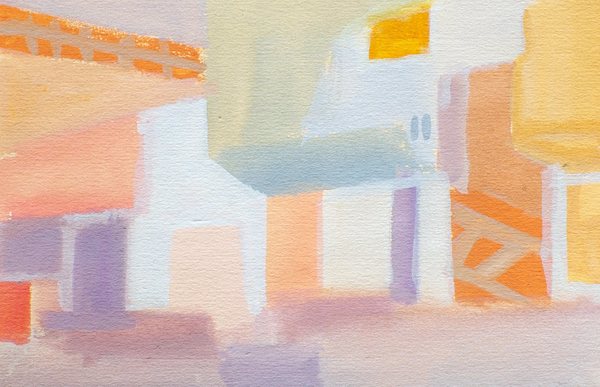 Born in Paris, France in 1914, Andre Delfau was a French artist, and internationally acclaimed stage set and costume designer who worked world-wide from the 1930s to the 1980s. Early in his career, Delfau created fashion designs for such major Paris couture houses as Balmain, Jean Patou and Balenciaga. He completed set designs and costumes for the Royal Danish Ballet, the Royal Ballet of Great Britain, the Paris Opera, the Dance Theater of Harlem, the Ruth Page International Ballet, the Civic Ballet of Chicago, the Chicago Opera Ballet and the Lyric Opera of Chicago, among others. Most notably, Delfau designed the elaborate stage sets and costumes for the 1986 PBS television production of the Viennese operetta, "Die Fledermaus".

Delfau lived primarily in Paris and Chicago. He frequently traveled to Morocco, where one of his favorite subjects to paint was the historic Jemaa el-Fna market in Marrakesh. Late in life, he married Chicago ballet impresario Ruth Page. Delfau died in Chicago in 2000.